Former Arsenal striker NicklasBendtner said that he is happy to be back playing for his country. Indeed the Danish international was a substitute in the game that saw his country beat Poland by 4-0. 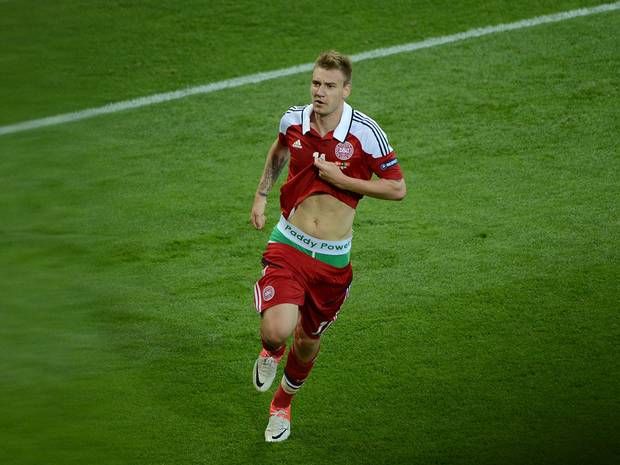 This is the first time in two years that NicklasBendtner has represented Denmark on the international scene.

The former Arsenal striker said that it was a great moment for him to be part of the national team again after an absence of two years. He stated that it is always an emotional moment to represent your country and that he will do everything he can to play again for Denmark.

NicklasBendtner has been called up again for the Danish national team after his good performance with his new club Rosenborg. Indeed he has managed to score 9 goals in the Norwegian league since the start of the season.

He said that his good work with Rosenborg is bringing fruits and he hopes that this will continue for a long time.

He believes that he has the necessary qualities to play for Denmark and he stated that he would have to prove himself with Rosenborg. He said that he was happy to be back playing for his country and that there is no reason why this could not continue.

He said that the manager had done a great thing by giving him this place in the team and it is up to him to make sure that he remains on the team.