League of Ireland side Dundalk played a 1-1 draw against Rosenborg in the second qualifying round of the Champions League on Wednesday night. 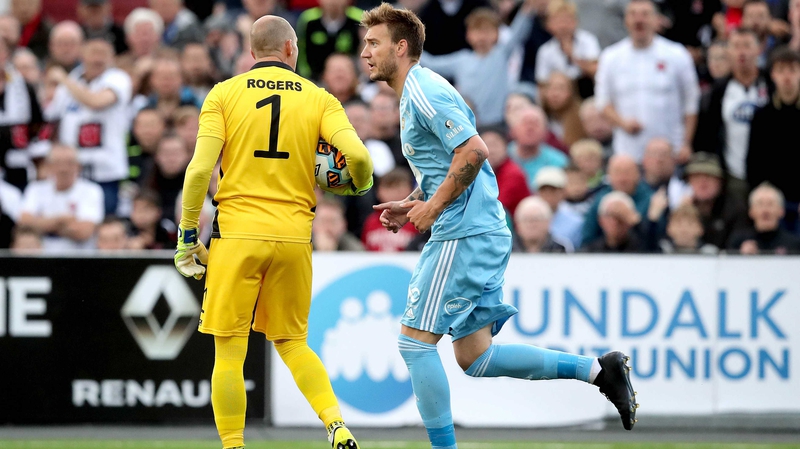 The Ireland soccer outfit have been in decent form in their recent games. The team saw off Drogheda United 6-0 in June before defeating Finn 4-0. They won their other June fixtures 2-0 and 0-3 before defeating Bohemians last week. For Rosenborg it was mixed results in their last five matches.

The match was rather dull as both sides played calm ahead of the return leg. Both sides has just one shot on goal that converted. David McMillan scored in the 18th minute for the hosts before Tore Reginiussen equalized just before the break.

The Irish side brought on Patrick Barrett, Dylan Connolly and ClaranKilduff but it was not enough to change the scoreline.

Online the game created more buzz than the actual game. Fans dragged former Arsenal star Nicklas ‘Lord B’ Bendtner who featured in the game. Ahead of the match, fans had trolled the former Birmingham, Sunderland and Juventus star.

Bendtner spent seven years at the Emirates Stadium before he eventually exited to join Bundesliga side Wolfburg in 2014. He left the German side, playing a year in Nottingham before he recently joined Rosenborg. Fans dragged the former star for his arrogance yet eventually ending up at Oriel Park.