NicklasBendtnerhad a lot of potentials at Arsenal and it’s safe to say that he didn’t really fulfil those potentials in North London and until the end of his football career. However, one of his major contributions that NicklasBendtner made as an Arsenal player was when he came off the bench to score the winner in a North London Derby within seconds fifteen (15) years ago to this day. His first touch was a header that found its way into the back of the Tottenham Hotspur net off the corner kick from Spanish midfielder Cesc Fabregas. The goal from NicklasBendtner gave the Gunners an undeserved home win over their North London rivals. 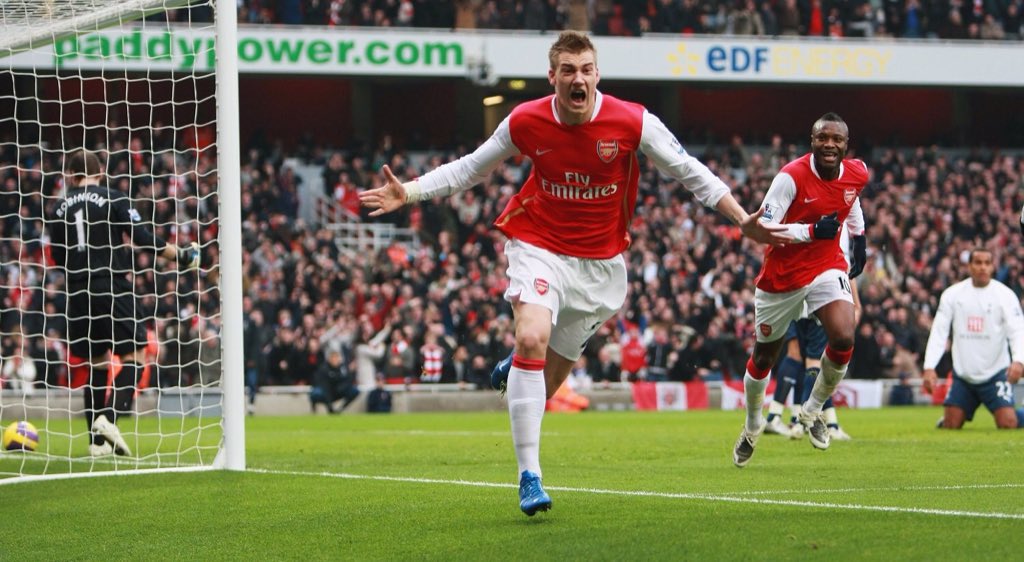 Arsenal didn’t trouble Paul Robinson in the Spurs goal for the majority of the first half until three minutes before the break when a header from KoloToure was saved by the English off a Cesc Fabregas corner kick. The two teams didn’t score in the first half but things changed after the interval with three goals. Hosts Arsenal scored two goals, while Tottenham Hotspur were responsible for the third goal.

The Gunners took the lead with just two minutes left on the clock when Emmanuel Adebayor was played in by a delightful backheel from Fabregas and the Togolese striker made no mistake as rolled the ball into the bottom right hand corner of the net. It was harsh on Spurs who were good value for being on level terms. Spurs were stunned but they soon recover to score a well deserved equaliser through DmitarBerbatov off the layoff from strike partner Robbie Keane.

Keane then wasted a glorious opportunity to give Tottenham the lead for the first time in the game when Toure fouled Berbatov in the box. Keane missed the penalty and three minutes later he was punished with the winner from Bendtner.