Melbourne Victory manager Marco Kurz claims that the arrival of midfielder Jakob Poulsen is a huge positive for the club. The 36-year-old midfielder has made the switch to Melbourne Victory. Even though he is coming to the club at the tail end of his career,Kurz says that the player will be able to make a positive impact largely through his experience. The Danish international has many feathers up has many feathers up his cap like representing the likes of AS Monaco and Heerenveen. He has also featured at the World Cup for Denmark aside from 35 national appearances. 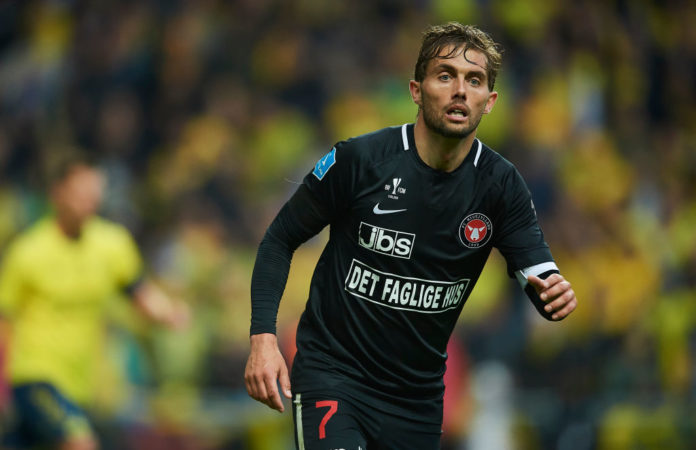 Poulsen has been a crucial player for Denmark. His best achievement in club football came with Midtjylland as he managed to pick up one Danish Cup and two Championship medals. Victory will be primarily aiming to use the leadership and knowledge.Kurz watched his team only finish in the top six places of the 2018-19 table last season. Victory were at least 12 points behind the top two positions. It was not a surprise that the Grand Final saw more disappointment for the team, who were knocked out by eventual winners Sydney in the semifinals. However, the 6-1 defeat against Sydney is a major eyesore for the team ahead of the new campaign.
“To sign a player of Poulsen’s experience is fantastic for the club. It was important for us to bring in another leader – someone who can perform under pressure, and set the standard for the other players alongside him.Jakob is not only a strong leader but is also very good technically, and poses a significant threat from set-pieces, something seen throughout his career and particularly as captain at Midtjylland. This ability will be another important element for the group as we continue to build towards round one,” said Kurz.